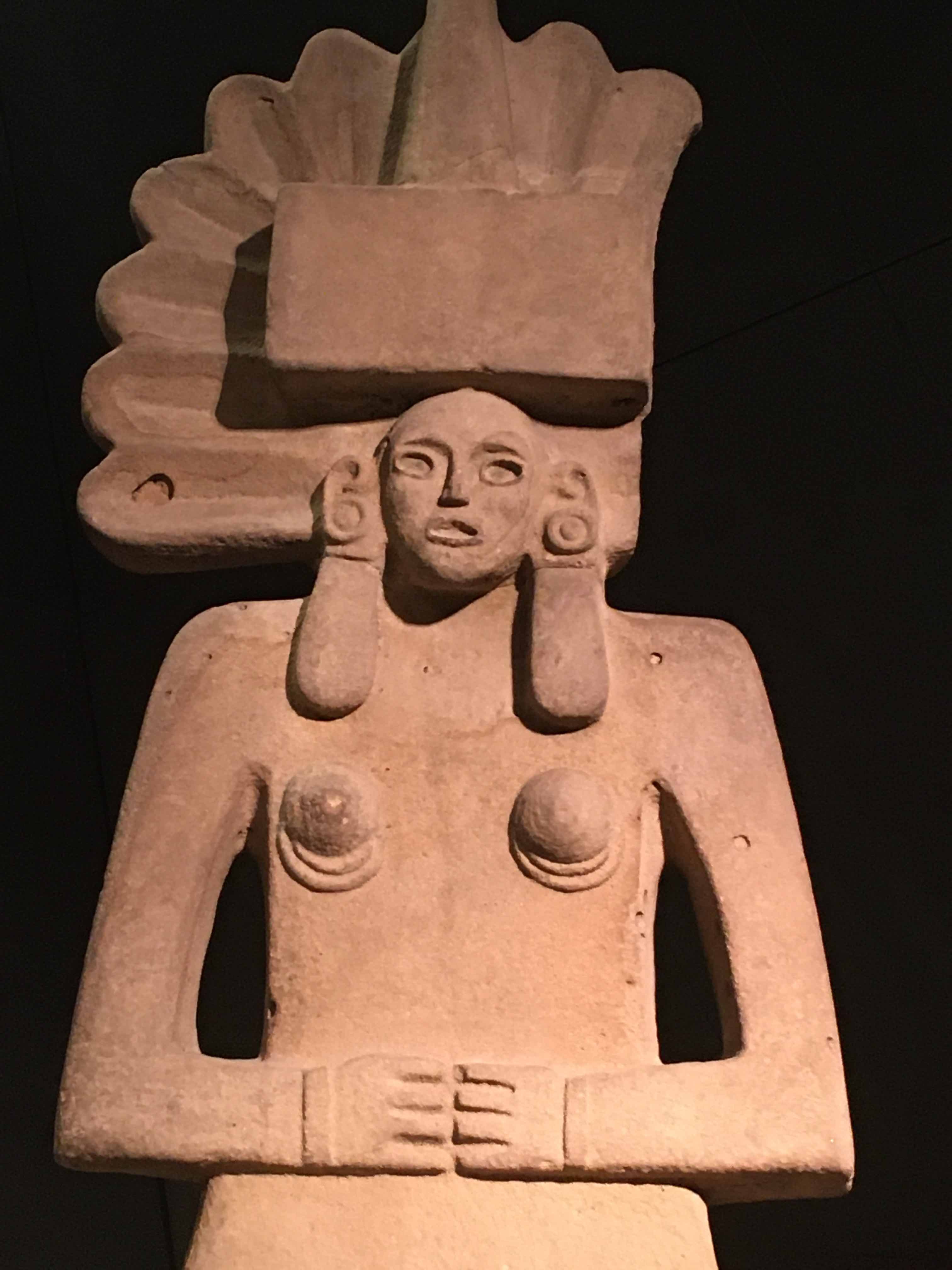 I’ve always been intrigued by this female figure, which is part of a group of three rather flat and angular sandstone sculptures in the Bristish Museum. To quote Neil MacGregor, she looks like “she’s been shaped by a giant pastry cutter”.

The outlines of her body are very angular and the stone’s surface doesn’t show any detail, except for underneath her perfectly shaped hemisphere breasts, where the stone seems to be sagging into two soft pleads. Here nature seems to have taken over from the geometric abstraction, from perfection…

The statue, dated AD 900-1521 and carved of a single stone, comes from what is now Northern Mexico, which was the land of the Huastec people. They created a flourishing city culture, but were obliterated by the Azteks (late1500). Without any Huastec writings surviving, it seems hard to get anywhere close to an understanding of this statue.

The fleshy folds under the breast might indicate we’re looking at maturity, at a mother, . Maybe the three different sizes of the breasts refer to the different stages of Childhood, Womanhood and Old Age (innocence, maturity and wisdom)? Anyway, mother goddesses come in lots of shapes and have different roles.

The conqueringAztecs identified the Huastec mother-goddess with Tlazolteotl, their own goddess of fertility and sexuality.

Tlazolteotl, in Aztec language ‘filth goddess’ or ‘eater of filth’, is a figure of fertility, vegetation and renewal. She consumed dirt and purified it, transforming organic waste and excrement into healthy new life. And she did the same in moral terms, taking confessions of sexual sin in order to absolve them. (It seems that sex was highly regulated in Aztec society and sexual transgressions heavily punished.)

Sally Hewett’s stitched and embroidered pieces, arrestingly beautiful, make me think of the Huastec mother-goddess. In her work Sally explores and expresses the reality of our bodies instead of chasing and abstracted ideal. “My practice centres around ideas of beauty and ugliness and the conventions which determine our definition of each”.

The Huastec figurine comes to life where the angular stone dissolves into fleshy folds. Hewett documents the body as it is, recording it’s history, making us realise that scars, rolls and asymmetry are beautiful in themselves and worth being put on display and celebrated ! 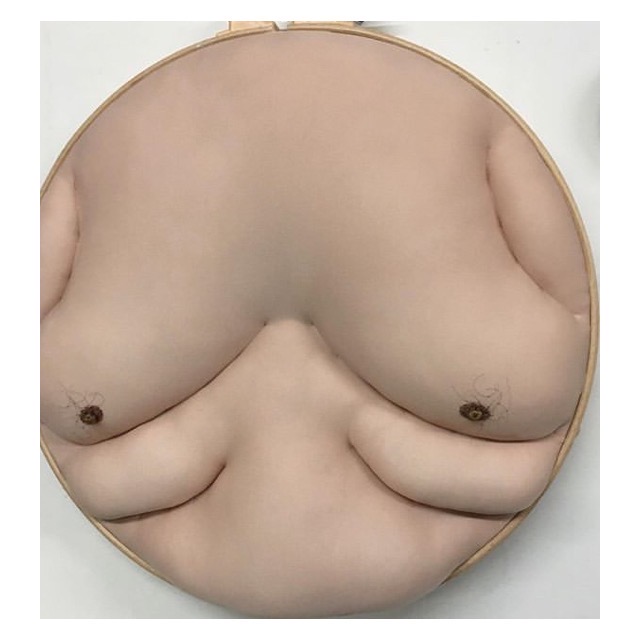