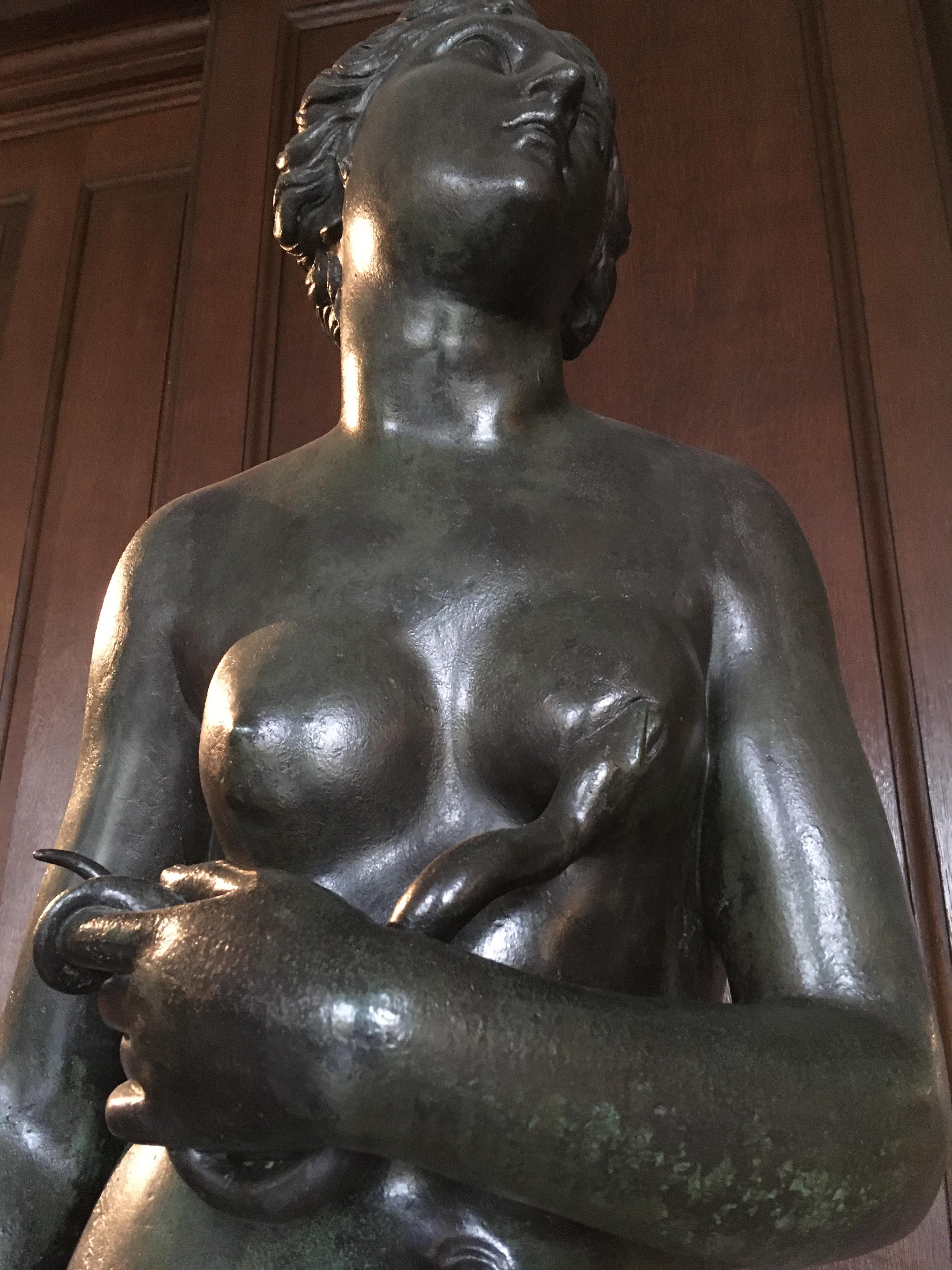 According to popular historical accounts, Cleopatra, the last active pharaoh of ancient Egypt, committed suicide by holding an Asp (Egyptian Cobra) to her breast and allowing it to bite her, killing her with its poisonous venom.

After several power struggles within her own family, Cleopatra began to court the rulers of the Roman Empire. She first became Julius Caesar’s lover and bore him a son. After Caesar’s assassination in 44 BC, she aligned with Mark Antony (father to three of her children), who ruled Rome in the power vacuum following Caesar’s death, and was in opposition to Caesar’s legal heir, Octavian.  After losing the Battle of Actium to Octavian’s forces, Mark Antony committed suicide. Cleopatra followed suit, apparently to avoid the humiliation of being paraded as a prisoner in a Roman triumph celebrating the military victories of Octavian.

Octavian then made Egypt a Roman province and became its first emperor, changing his name to Augustus.

This historical account has inspired countless works of art throughout the centuries. I encountered this bronze statue in Hampton Court Palace this week.